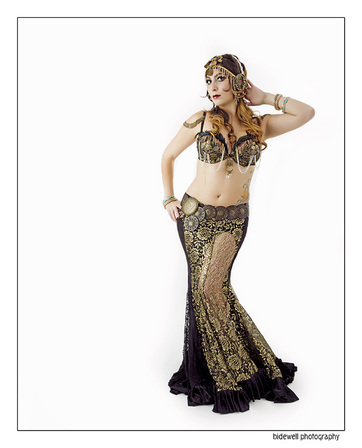 ​SADIE ADAIR is the Director of Desert Darlings Belly Dance, Co-director of student companies Wicked Muse Dance Project and Raqzia Belly Dance, and Owner of Sirena World Dance Studio, LLC. She began her studies in Egyptian Style Belly Dance with Diane Eger when she was 12 years old after seeing belly dancers at a Gypsy Festival in Madrid, NM. From there she went on to learn Tribal Style Belly Dance at Pomegranate Studios in Santa Fe, and has since studied and collaborated with Lorena and Adriana of Sirena Studio.

Sadie has traveled to California, Texas, Nevada, and Illinois to study with dancers such as Mira Betz, Ashley Lopez, Zoe Jakes, and more. In the summer of 2015, Sadie completed a week long intensive with Mira Betz in Taos, NM where she focused on honing her creative process. In 2017, Sadie completed Level 1 of Dance Craft with Zoe Jakes in Oakland, CA.

Sadie teaches Tribal Style belly dance at Sirena, as well as the occasional fusion choreography on Monday nights. Her style can be described as very much fusion, as she truly loves all styles of belly dance.


​To book a private lesson, please email Sadie at sadieadair90@gmail.com
​

ADRIANA SANDOVAL began studying Middle Eastern dance at Farfesha World Studios in August of 2009. Prior to belly dancing, Adriana was a member of Yjastros, the professional American Repertory Flamenco Company under the director Joaquin Enciñias from 2001-2004 and prior to that she was a member of the pre-professional group, Alma Flamenca, under the direction of Eva Enciñias-Sandoval from 2000-2001. Prior to Flamenco dancing, Adriana was a member of Ballet en Fuego, a professional Mexican folkloric and Latin dance group under the direction of Frances Lujan from 1992-1999 and, Los Tapatios in 1991. Having a professional background in Mexican folk dance and Flamenco, she enjoys cultural folk dances. Adriana instantly fell in love with Middle Eastern music and dance and has studied with various local teachers as well as internationally acclaimed artists. Adriana is an award-winning choreographer, a former house dancer of 4 years at Pars Mediterranean Cuisine, a Farfesha troupe member since 2010, and a Sirena troupe member since it’s inception in 2016.
At Sirena World Dance Studio she currently teaches two classes on Saturday mornings. Adriana is known for having challenging, fast-paced classes, suitable for an enthusiastic beginner dancer that likes a challenge and for more experienced to professional level dancers.
Adriana is also a full-time 3rd grade dual language teacher with Albuquerque Public Schools since 2004, has a bachelor’s degree in Elementary Education, Bilingual Education and a Master’s degree in Language Literacy and Socio-Cultural Studies.

To book a private lesson, please email Adriana at lapachuquita@hotmail.com
​ 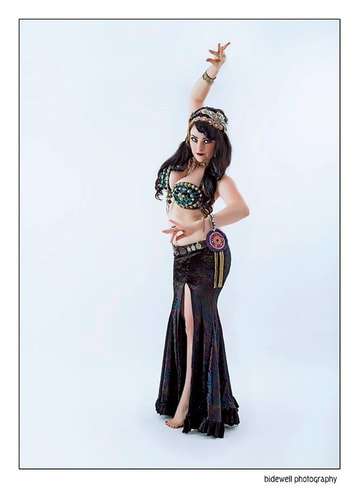 LORENA MARTINEZ BURR is an Artistic Director of Desert Darlings Belly Dance, co-director of student company Wicked Muse Dance Project with Sadie, and an instructor at Sirena World Dance Studio. She a member of D’jnun Dance Project with Sadie, Frank Farinaro and Brian Pacheco, and is an honorary member of Raqzia Belly Dance Co., directed by Adriana Sandoval. Along side her right-hand-man Sadie, she is an award winning choreographer (Yaa Halla Y’all, Desert Rose of Texas 2017) as well as 2nd place winner in the Pro Fusion Solo category.

Lorena’s dance studies began in 2009 with Eric Salazar where she learned Middle Eastern, North African, Turkish and fusion belly dance fundamentals, history and technique. Over the years, she has had the pleasure to study with many well renowned dancers including Zoe Jakes, Mira Betz, and more. She regularly trains and collaborates with Sadie Adair and Adriana Sandoval, who she considers to be some of her main inspirations. Lorena is Key of Diamonds certified in DanceCraft® format by Zoe Jakes, and has a BA in Dance with a concentration in Flamenco from the University of New Mexico where she studied with several master Flamenco artists from Spain.


To book a private lesson, please email Lorena at lorenaraqs@gmail.com 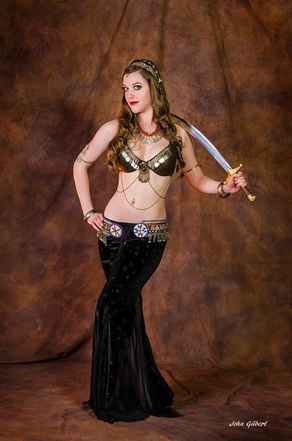 ALLY LOWRY began dancing at a very early age, when her parents exposed her to the Eastern European and Israeli folk dances of her heritage. She developed a taste for cultural, world music and when she was introduced to the music and dance of North Africa and the Middle East at age fifteen, she was instantly entranced. Her belly dance education began in Santa Fe, NM under the instruction of Christine Siegrist and Myra Krien of Pomegranate Studios.

Ally was originally introduced to the group improvisational style referred to as Tribal Style, for its basis in group interaction. She eventually branched out into more traditional styles of belly dance, typically referred to as Oriental, Egyptian, or Cabaret. She was a member of the Mosaic Dance Company at Pomegranate Studios and at age eighteen began teaching the “Little Seeds” dance classes for girls aged 8-12.

In order to expand her dance knowledge and fluency, Ally has also dabbled in many other dance traditions, including Ballet, Hip Hop, Classical Indian (Baratnatyam), Bhangra and Bollywood, as well as Swing, Blues, and Salsa.
Ally joined the Desert Darlings in 2012 when she relocated to Albuquerque, NM. With the Darlings, Ally choreographs, performs extensively, and instructs.

To book a private lesson, please email Ally at allylowry@gmail.com
​